The Charolais breed of cattle is world famous for the taste quality of its meat. It is present on all continents and in more than 70 countries. It is also sought after for its breeding and breeding qualities which make this robust breed one of the best able to adapt to all environments. Also, it can be used in crossbreeding for the improvement of local breeds. But it is indeed in its cradle of origin, the Charolais, that the quality of this breed is sublimated. 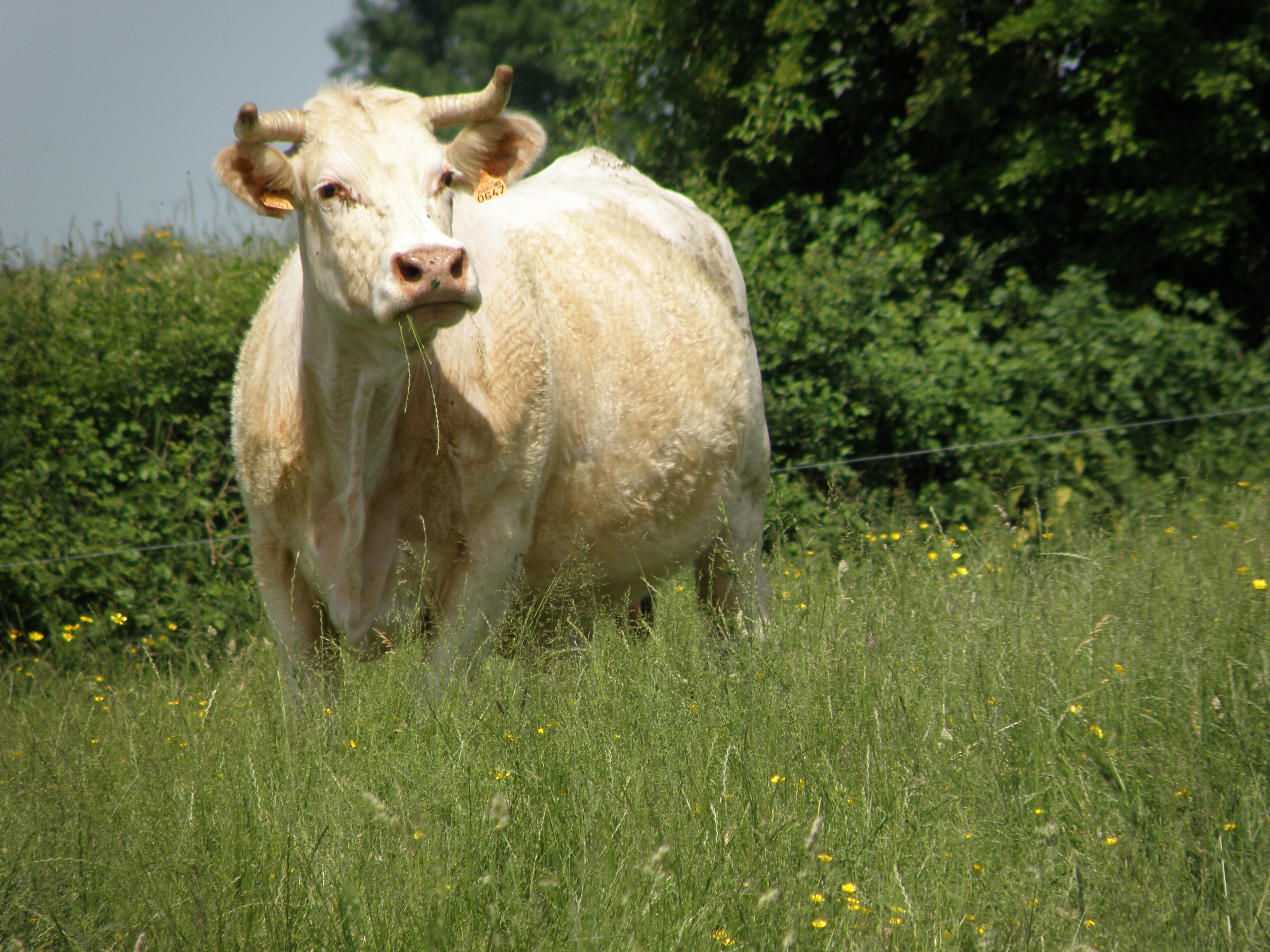 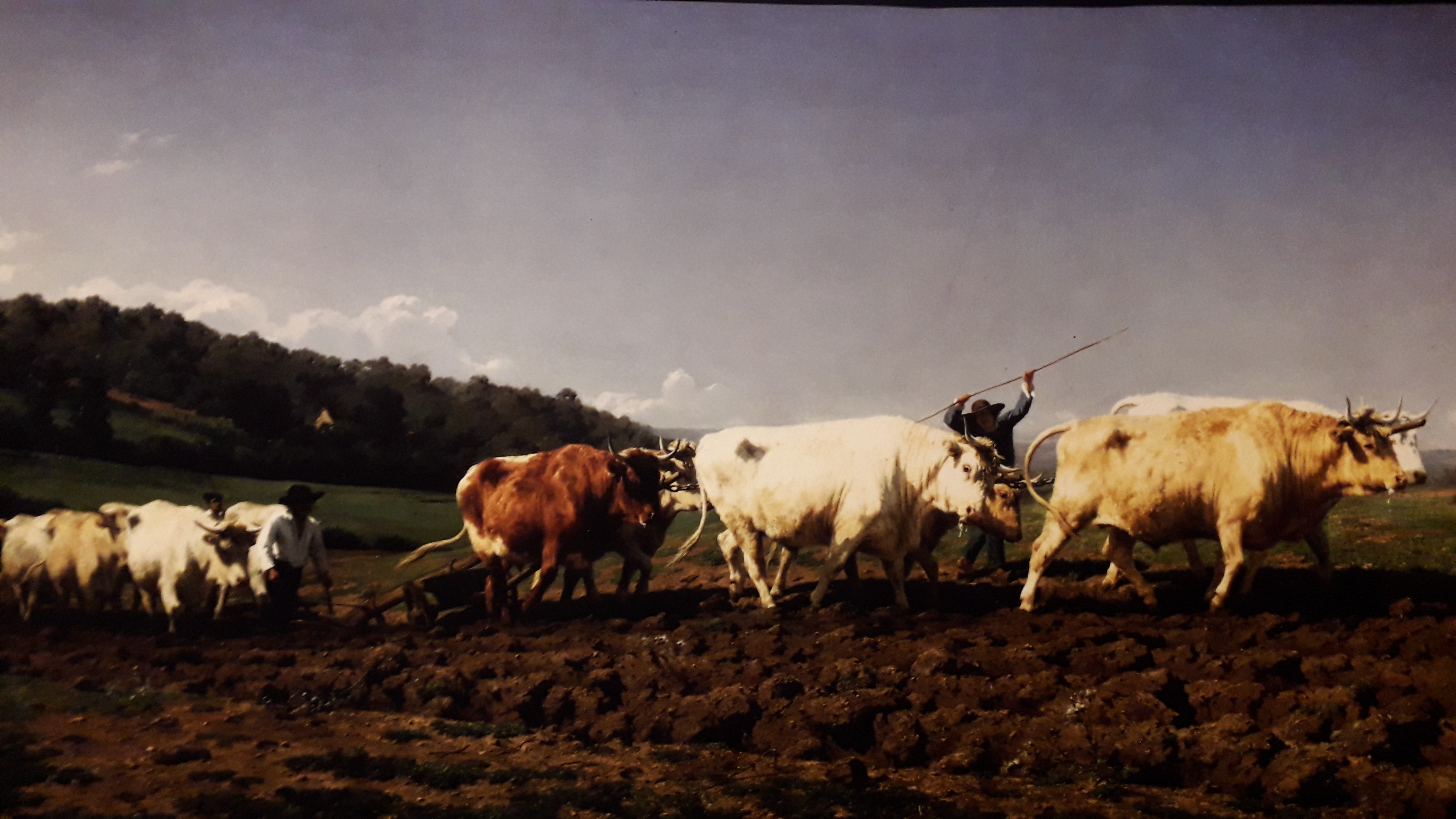 In the past, these Charolais oxen were used to carry out work in the fields. It was not until the 18th century that the rearing of these animals for their meat began. Nowadays, the Saône et Loire has more than 530,000 head of cattle.

The particularity of this traditional breeding is in the feeding of the cattle. Indeed, a Charolais cow accompanied by her calf spends more than 8 months a year grazing the green grass of the meadows. Thanks to the bocage and to the particular geology of the Charolais, these cattle can be fattened in meadows where the grass is very nourishing, the fattening meadows. This is what will bring the marbling in the muscle, this unique taste. By practising this way of raising his animals, the farmer respects animal welfare and the environment in which we live. 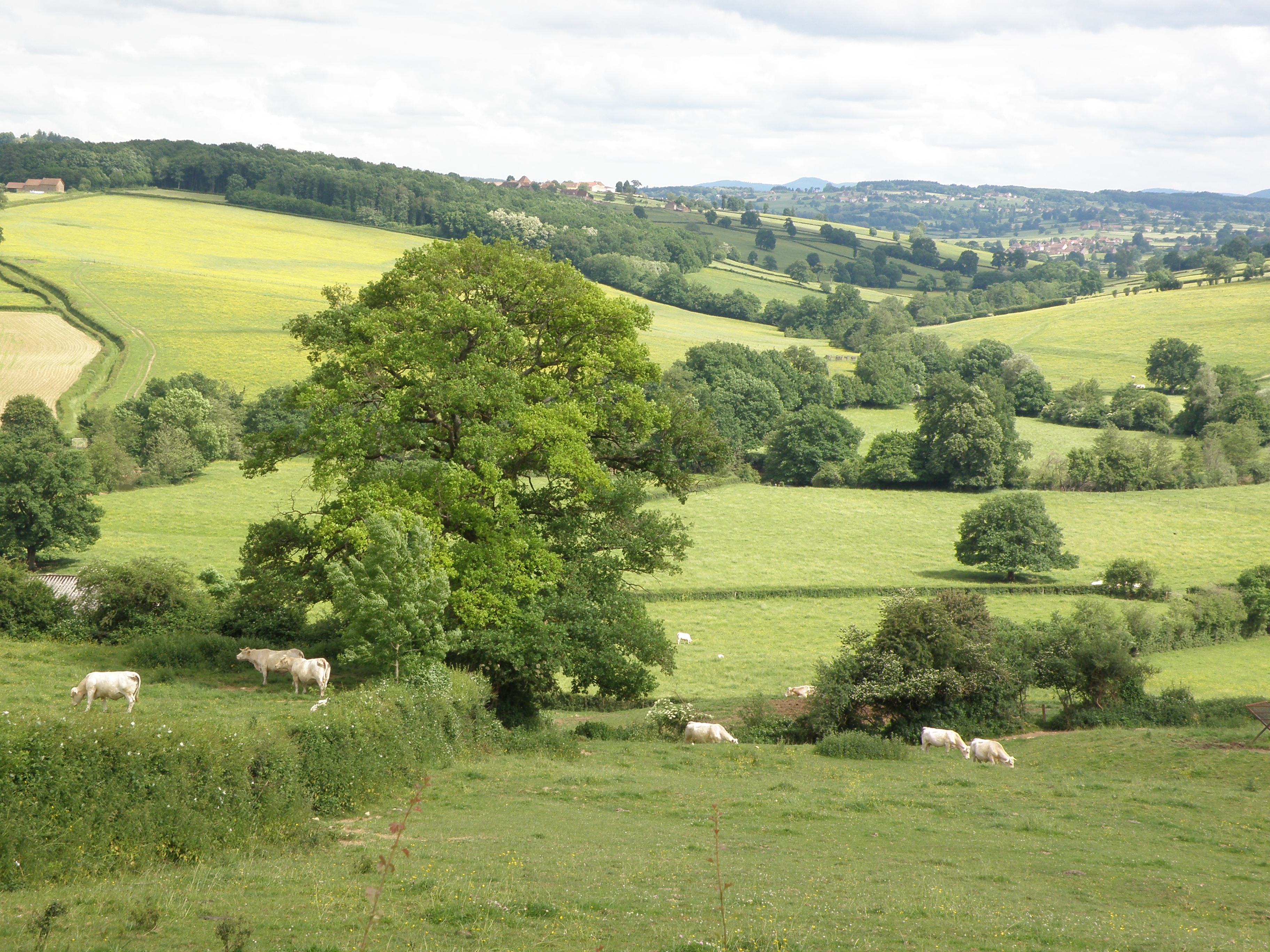 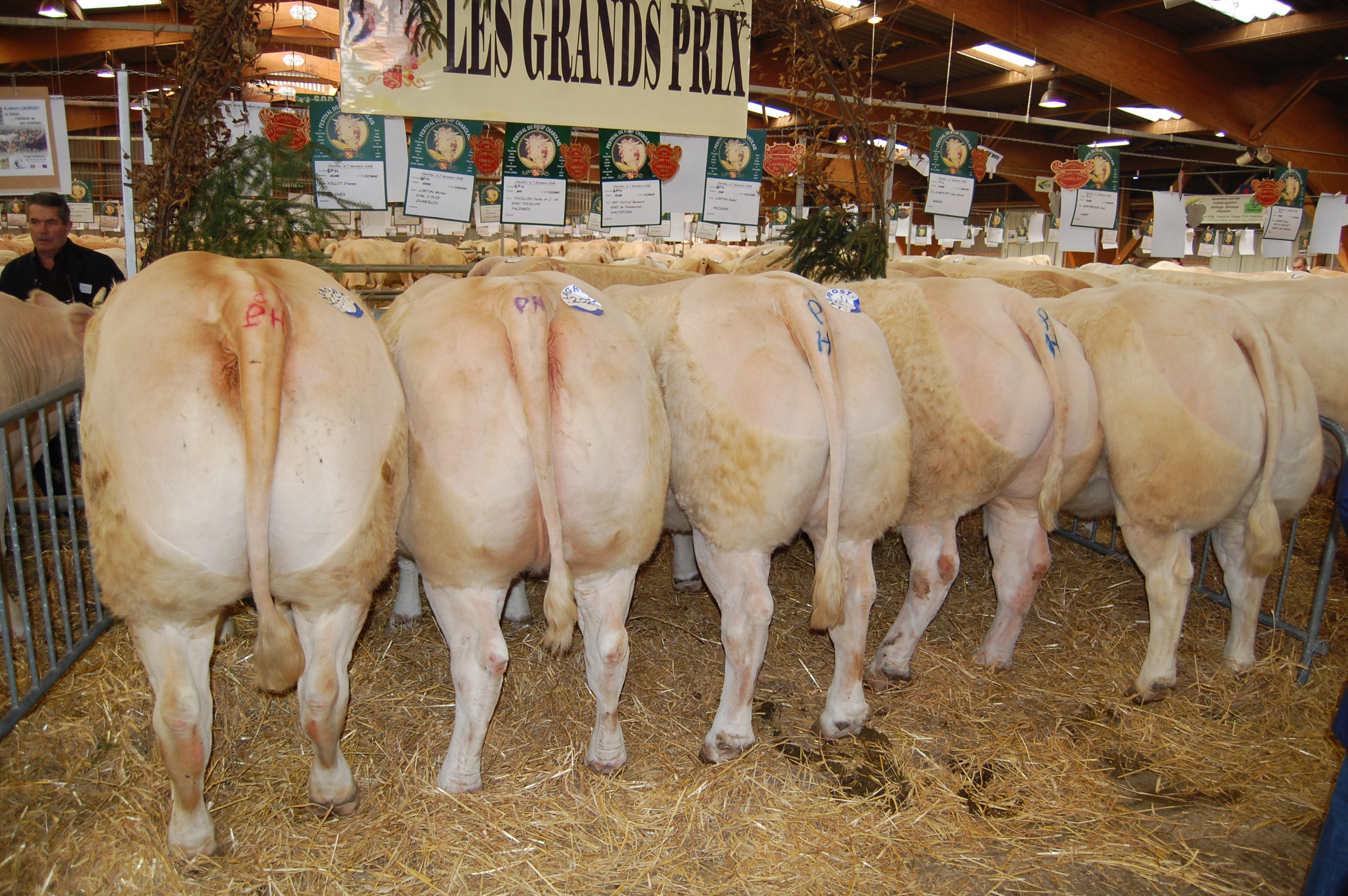 In the 19th century, breeders anxious to keep track of the best animals set up a registration system: the Charolais Herd Book. This herd book is indispensable. It keeps a record of the selection work carried out over the decades. Thus, some breeders are registered in the HBC. They produce animals of exceptional size, hence the competitions and fairs at the end of the years, where even a novice can come and admire these superb animals! As for the breeders, they will be able to buy their future breeding stock there.

Livestock trade can take place on the farm or at a market. Buyers can be individual buyers or grouped in cooperatives. The animals are weaned lean for fattening or fattening. 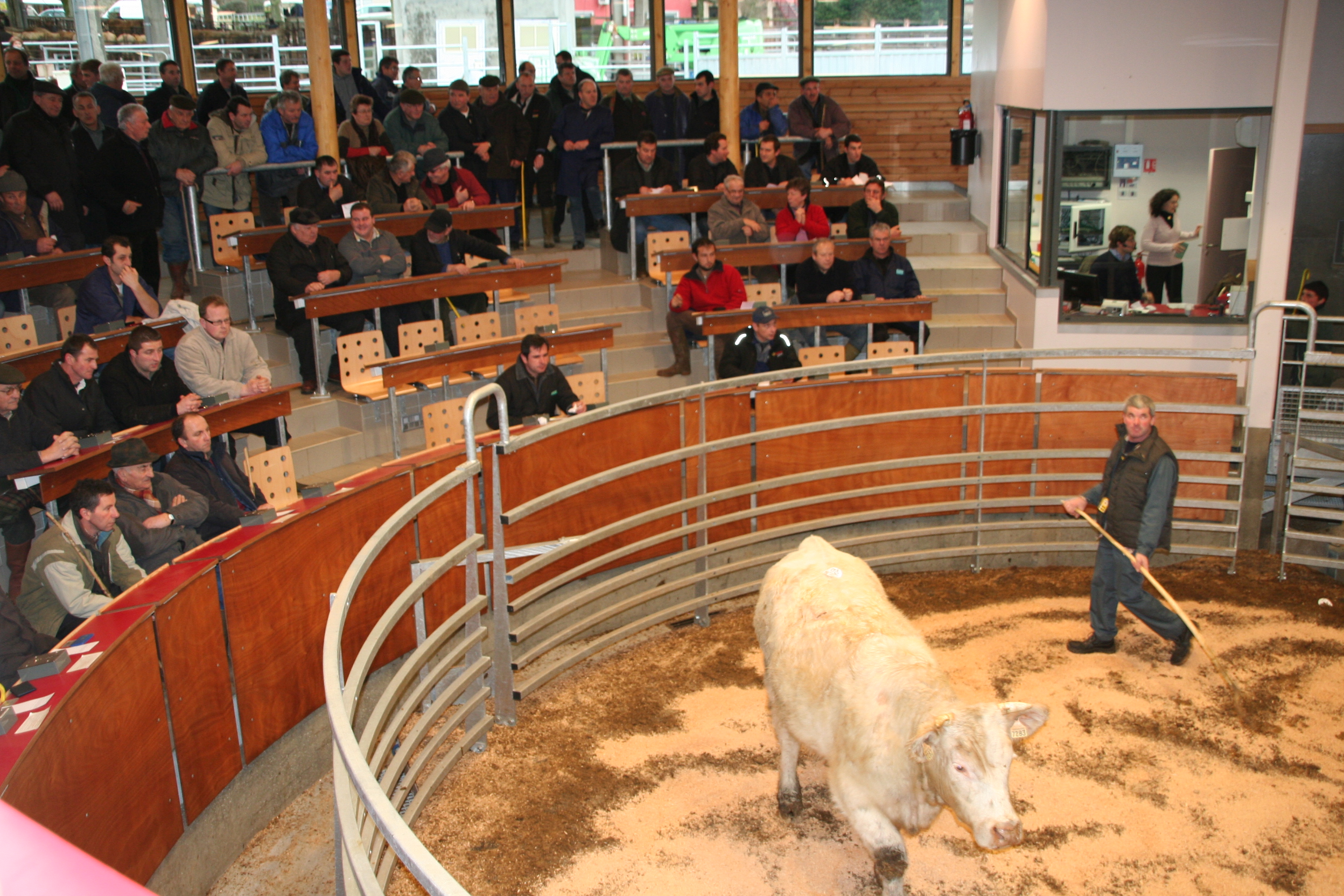 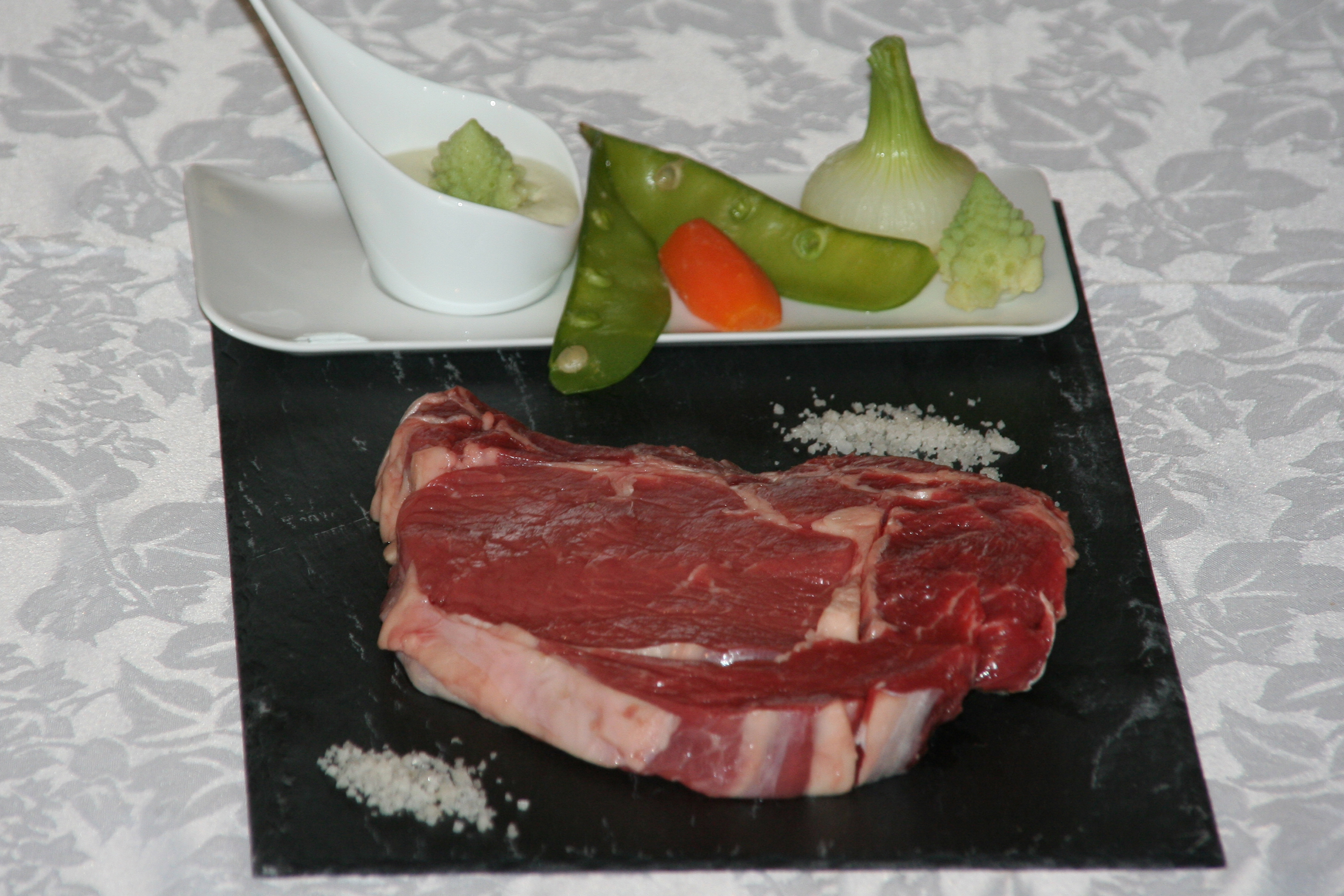 It is only after all these steps that you will find this meat at the butcher's or supermarket shelves. He will then make you decipher the traceability and the different quality signs to choose the best piece of Charolais meat.

Charollais lamb is the result of an economic selection from its region of origin.

At the end of the 18th century, the region stretching from the Morvan massif to the Charolais valleys and the Bresse plain had a varied sheep population, the "Morvandelle". Its main outlet was the supply of sheep meat to the Paris region.

With the development of the wool industry, the breeders sought to improve the quality of the wool, by importing sheep of the "Merino" breed, which were not, however, crossed with these local populations.

Around 1820, the difficulties of the wool industry encouraged the breeders to turn again to meat production. The importation of "Dishley" breeding stock and their crossbreeding with the local flock made it possible to produce a more homogenous sheep. The " Mouton Charollais " breed, also known as " Mouton de Pays ", was born. 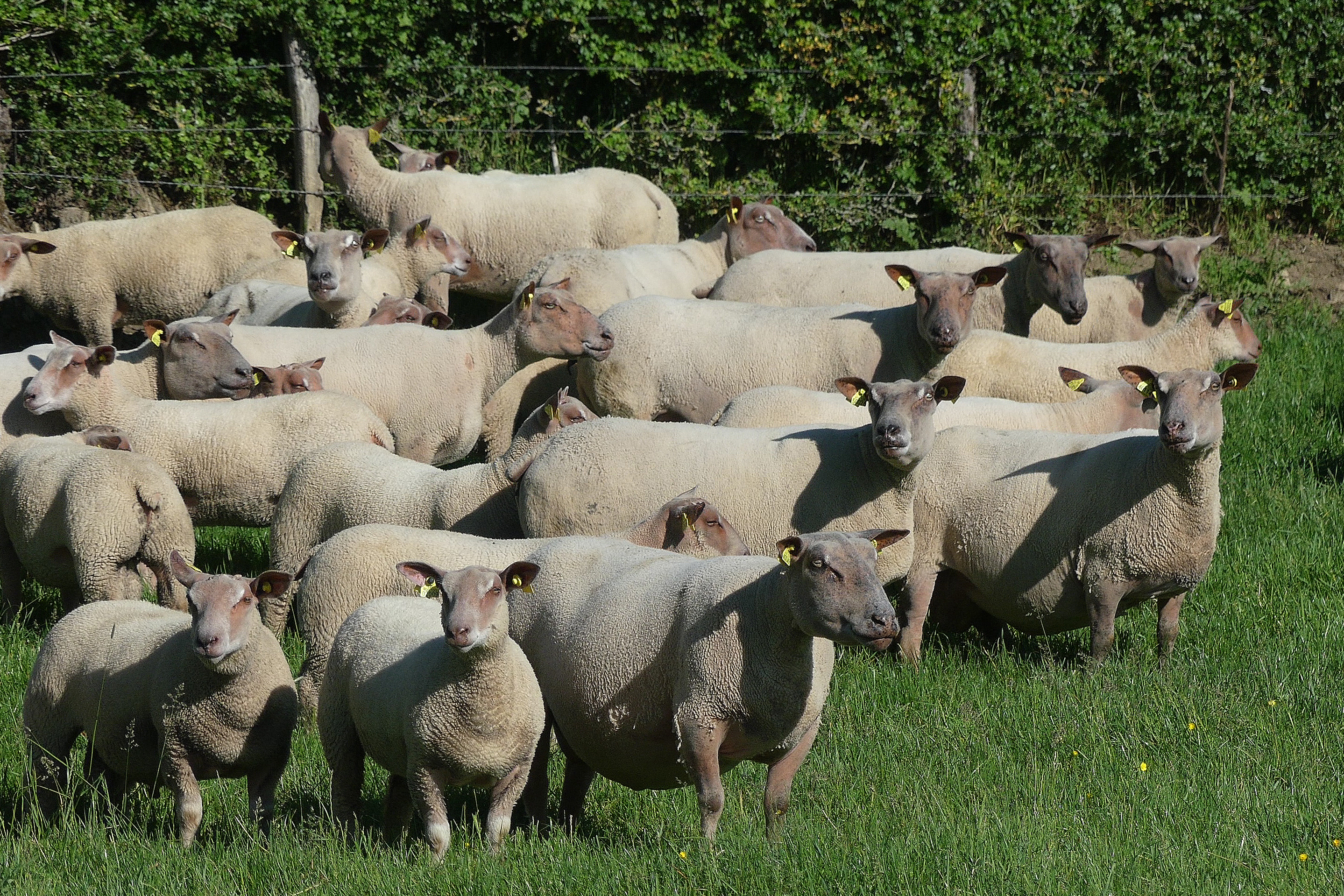 After a gestation period of 5 months, the lambs are born in the sheepfold from February to April. During the first 2 months of their life, they are reared under the mother's care; their diet is therefore essentially milk-based. In spring, as soon as the first grass grows, the ewes and their young are put out to pasture. After weaning, regardless of the type of rearing (grass or sheepfold), Charollais lambs are always fed a grass-based diet. During the 2 months following weaning, a lamb will have consumed nearly 4 acres of pasture and between 30 and 50 kg of various cereals. The lambs are marketed at around 4 to 5 months of age, and weigh 35 to 40 kg live. A lamb finished in a sheepfold consumes 50 to 60 kg of fodder: hay, straw with a cereal-based supplement.